Northern California couple is killed when giant redwood falls on their car https://t.co/eHGF6Dvvf6

A fundraiser for the five kids whose parents were killed by a falling redwood tree that struck their vehicle in California has raised over $200,000 as of Wednesday morning.

The GoFundMe campaign was launched in the wake of the deaths of Jessica and Jake Woodruff last week on Highway 199 near Jedediah Smith Redwoods State Park.

“This was a shocking and unexpected event, and the tragedy of this accident makes it difficult to accept as real,” the page reads.

“These 5 children are now left without parents and are facing a lifetime of expenses,” the page says.

“We are asking that anyone who can support them, please do so, as these children are facing the devastating reality of what was just ripped from their lives in a split second. Those of you who know this family, know how tight-knit they are, and their lives will forever be changed.”

The Woodruffs leave behind five children.

More than 3,400 people have contributed to the fundraiser since it was created Monday.

California Highway Patrol spokeswoman Brandy Gonzalez has said a freak accident was to blame for the couple’s deaths.

She said the 175-foot tree was likely uprooted by natural causes, such as storms.

“We’re very prone to Mother Nature in this area,” she told news station KTLA. “We do have trees come across lanes sometimes, and we think, ‘Luckily it didn’t hurt anybody.’” 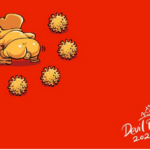 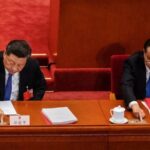 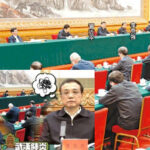 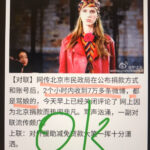